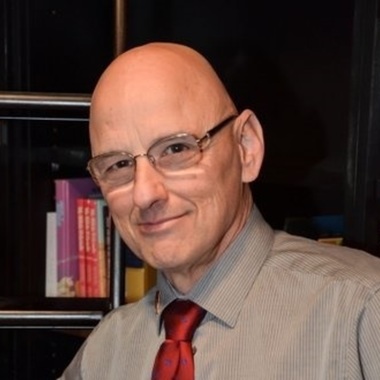 Charlie was born in 1950 to parents that survived the Holocaust in Europe. Life was good but in poverty until 1960. The family moved from Paterson, New Jersey to Newark, New Jersey where his parents bought a home. Quite frankly, they bought the home during what was known as “white flight” from Newark. The white families were moving and Charlie’s family moved into what was described as a black ghetto.

He graduated from junior high in Newark. His class was made up of 600 “kids” with 10 of them white. His parents always taught the lesson that people were people no matter what they looked like or what their background is.

The family sold the house in 1965, 2 years before the race riots that decimated a large part of Newark. The area where the family lived is known as Clinton Hill. To this day, large areas have not been rebuilt. In some cases, if a building has outlived its usefulness, it is torn down and not replaced.

Charlie has a BA in geology from Rutgers, an MA in Physical Geography from the State
University of New York at Binghamton, and an MS in Computer Science from the New Jersey Institute of Technology. He worked in hi-tech and then went out on his own where he owned a printing company. He then became a print broker.

1989 to 1991 – American Speedy Printing – owner of local printing franchise outlet offering full range of print services. Won Fast Start Award for having sales twice the amount of what was expected during the first 6 months.

1988 to 1989 – Networked Picture Systems – Director of Product Programs for all company products which were bundled page layout software and hardware. Responsible for developing and implementing marketing plans, managing PR personnel, and developing product specifications for future products. Managed staff of 2.

1983 to 1988 – Compugraphic Corporation – wrote product specification and high level architecture for batch pagination systems. Hired and managed staff of 15 engineers to design and implement the functionality which was part of a larger system. Program Manager for state of the art laser typesetter. Business Development Manager and Product Planning Manager for new division creating state of the art turnkey color page layout systems. Systems included scanner, processor, and output device. Responsibilities included interfacing with personnel at AGFA in Mortsel, Belgium who were responsible for developing the scanner and European marketing plan. Organized meetings in Massachusetts for AGFA and Compugraphic personnel as well as helped to organize meetings in Mortsel. Worked on acquisition of companies. Developed and ran an engineering wide mentor program to help new college grads make transition to the work environment.

1981 to 1983 – Atex Systems – wrote architecture and implemented a batch pagination system for legal documentation page layout. Coding and testing were done in assembly language. Made trips to Washington, D.C. for installation at customer sites. Worked on nationwide system specification for WAZ, largest newspaper and magazine publisher in Germany. Made several on site trips to Essen, Germany for customer meetings.

As President of the Rotary Club of San Jose East/Evergreen took membership from 18 to 42 over a 19 month period. Created a new Rotary Club in East San Jose and got it chartered by Rotary International in 5 months. The process normally takes around 18 months. Then created an LGBTQ theme Rotary club in 8 months. This was one of the first LGBTQ Rotary clubs worldwide. While the environment has been changing, Rotary has had the reputation of being for “old white men.” The clubs I started had a goal of having a diverse and inclusive membership.

At the district level, which is a major part of the San Francisco Bay Area, have served as Club Extension Chair (starting new clubs around the Bay Area), Technology Chair for the Bay Area, and PolioPlus Chair (responsible for educating and fundraising for Rotary’s worldwide polio eradication effort). All these positions require presentations on either informational or training seminars to groups ranging from 30 to 350 attendees. Involved with developing district wide meetings and events for anywhere from 300 to 700 people.

Currently Chief of Staff of Rotary District 5840 which is centered around San Antonio and again PolioPlus Chair. Developed and executing a plan for raising funds for PolioPlus. The plan involves the sale of Rotary themed Christmas cards (this has brought in over $20,000 in San Jose), organizing participation and fundraising for a 100 mile bicycle ride in Tucson April 2021 which brought in $60,000 in a previous, and being source of assistance if needed for fundraising efforts by the over 50 Rotary clubs in the San Antonio area. Run districtwide mini library program. This involves getting clubs to build and install mini libraries in underserved areas in San Antonio and surrounding areas.

2015 – April 2020 – Santa Clara County Fairgrounds Management Corporation
Served as Chairman of the Board of Directors. Responsibilities included running board meetings, managing Executive Director, reviewing and confirming budget for fairgrounds, following a “trust but verify” philosophy with department heads through interviews, and being involved in ongoing redesign of the 150 acres fairground property. Working with the Executive Director, we created a County Fair that was profitable for the first time in 30 years. Involved with and gave direction on fundraising initiatives. This involved going to corporations in the Bay Area and professional sports teams.

2017 – 2018 – San Jose Evergreen Community College District
Member Board of Directors District Foundation for the community colleges. Developed fund raising efforts and executed them as a member of the board.